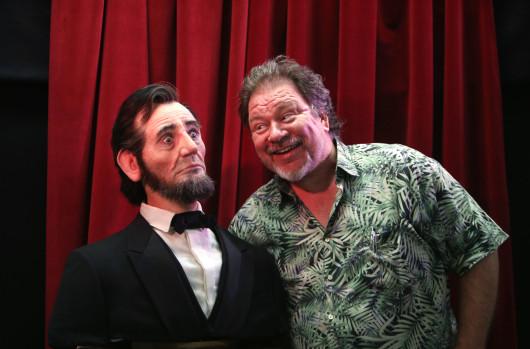 Garner Holt and his company have literally grown up together. Holt founded Garner Holt Productions (GHP) in 1977, when he was still in high school. His firm has gone from his parents' garage - with his mother acting as secretary - to an over 120,000 square foot production facility, studio and creative space where Holt and his team operate today with the help of nearly a hundred talented employees.

GHP is his Holt's playground. It's a combination of a cutting-edge technology workshop and an artistic inventor's lab. As a result, it is different from any other work environment. It is like a giant toy factory, and every day is something different. Because Holt's mission is to inform, educate, and entertain, he believes the firm's work and its creations have a lasting impact on their audience.

The company is Holt's main focus, his pride and joy, and consists of perhaps the most unique and talented group in the world. GHP has built nearly 500 Chuck E. Cheese animatronic shows for restaurants all over the planet. They were the first outside company to create an animatronic character for a classic Disney attraction - they now have more than 400 figures in Disney parks throughout the world. In its 42 years of work, Holt and his team have built more animatronics and other unusual and amazing creations than any organization on the planet.

GHP's expertise in the design and production of quality animatronics is unsurpassed. In fact, they have built more figures than any other animatronics company in history. That experience and expertise is why close to 70% of its work comes from repeat clients in some of the most high-profile attractions and destinations in the world. Big or small, all of Holt's clients know that GHP provides the very best figures, ride and show elements, and other creative creations available anywhere.

2021 Semi-finalists Announced as the Spirit of the Entrepreneur returns to live awards presentation!

2021 Semi-finalists Announced as the Spirit of the Entrepreneur returns to live awards presentation!

2021 Spirit of the Entrepreneur Awards nomination deadline is fast approaching